You are visiting this site in english. Only a small portion of the content is available in english. Switch to Dutch for more. 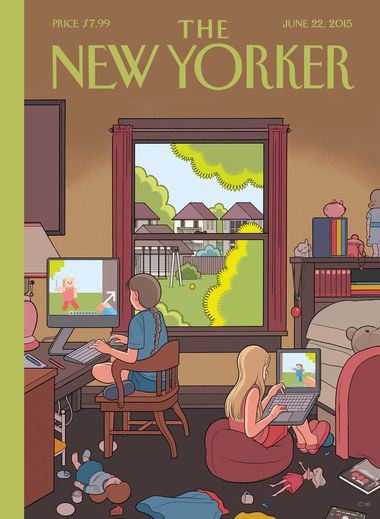 According to The Death Treatment, a long essay of nine pages by Rachel Aviv in The New Yorker (circulation over a million!) mentally diseased Belgian patients are given hasty and careless euthanasia by ‘cowboy’ professors Distelmans and De Deyn. The Belgian quality daily De Morgen reported it (DM 17/6). The essay was disturbing for everyone, and discredited doctors and the Belgian model of end-of-life care. The New Yorker didn't publish the following response.

— Rachel Aviv introduced herself to us as an investigative reporter on the “history, development and philosophy of Belgian end-of-life care.” The Belgian model interested her as being a unique system where euthanasia is embedded in palliative care and aims to provide “integral end-of-life care.” We sent her many informative documents and she came to Belgium for several weeks to interview scientists and practitioners.

"The imperfections of end-of-life care are dwarfed by the reasonable assurance that Belgians will die according to their wishes after good palliative care."

Aviv had done her homework and asked pertinent questions. Only in passing did she ask what we thought of “the Tom Mortier case.” She learned a lot about, among many other things, "When should people with a non-terminal illness be helped to die?", the subtitle of her article. [Added: She also attended a scholarly symposium on this subject where one of us (JB) acted as her interpreter.] But what you got [in her New Yorker article] was Tom Mortier’s crusade against the alleged illegitimate euthanasia of his mother, who after decades of treatment-refractory depression did not want to go on living.

We read [in Aviv’s article] that Mortier, who lives nearby to his mother, had a conflictual relationship with her and was estranged from her. When [several months before her death] she informed her children that a euthanasia procedure was underway, he did not answer. His sister, on the other hand, who was working in Africa as a human-rights lawyer, expressed her grief, but accepted her mother’s decision. The process lasted eight months, with numerous consultations with Distelmans, multiple psychiatric opinions and the intense involvement of a priest.

A right to empathy, compassion and therapy

Tom Mortier gives his version of the family saga. One of the traumas was the suicide of his father. If anything, Aviv’s story clearly shows that this is a multigenerational psychologically very disturbed family.

Mortier also enrols two similar cases where, like himself, one of the children resented having been excluded from the euthanasia procedure. The clinician among us (JB) knows case details that reassure him, but he, like the accused doctors Distelmans and De Deyn, cannot disclose them because of professional confidentiality. But one doesn’t need to know clinical details, or to be an expert to understand from Aviv’s text what Tom Mortier suffers from: pathological bereavement, a well-known clinical entity that occurs mostly in people who had a troubled and guilt-ridden relationship with the deceased. This is sad but should not obscure the wider picture: a large-scale Dutch study found less pathological mourning among the relatives of patients who died by euthanasia than after 'natural' death.

Tom Mortier deserves empathy, compassion and therapy. Instead, he chose self-treatment, with lawsuits to the European Court of Human Rights. We hope that by reaching millions of readers, including those of De Morgen [in his own country], his suffering is eased.

Euthanasia, like suicide, is in the first place individual, but can also have relational aspects. As there may be an element of aggression in a suicide, so it can also be in euthanasia. Clinicians like Distelmans and De Deyn are extra cautious when the family background is disturbed. They invite their patients to get their relatives involved as much as possible in the euthanasia process. Patients may reject family involvement, but need to know that their next of kin may suffer, and doctors must ascertain that this is not the goal of their patient’s euthanasia request.

We are not only concerned for Tom Mortier but also for millions of readers that are likely to have been misled and distressed [by Aviv’s alarming information]. Certainly, the Belgian model of end-of-life care has shortcomings. However, the imperfections of end-of-life care are dwarfed by the reasonable assurance for Belgians that they will get appropriate palliative care and will die according to their wishes. The Canadian province of Quebec has recently adopted a law on end-of-life care that largely emulates the Belgian model.

What if a Belgian journalist would set out to study the American organisation of—say—scientific research, and come up with the more sensational story of a few disgruntled scientists? She would be entitled to her personal views (e.g. aversion to science), but she should not disguise them under a misleading flag. Aviv’s discredit of doctors and the Belgian model was then just collateral damage.

To paraphrase her subtitle: “when should a journalist be allowed to produce smoke and mirrors?”

This article was written by Belgian Professors Jan Bernheim and Etienne Vermeersch in response to Rachel Aviv’s article “The Death Treatment: When should people with a non-terminal illness be helped to die?” which was published in the June 22nd 2015 edition of The New Yorker, pages 56–65.